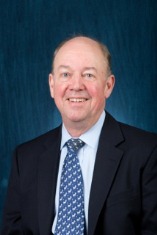 Native of Indiana and 1970 graduate of Indiana Univertiy. Resident of RI since 1970 where earned PH.D. in Political Science at Brown University in 1976. On PC faculty since 1974.

Hudson, W. Oldmixon, E. , . (2008) “When Church Teachings and Policy Commitments Collide: Perspectives on Catholics in the U.S. House of Representatives. Politics and Religion.(1),

Hudson, W. American Political Science Association. , Boston, MA - "Getting a Job at a Teaching Institution and then Succeeding" August, 2008